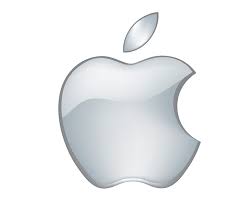 Apple reported their FY 16 4th Quarter results on October 25th.  Here are 8 things you should know:

3. Sales in China Down 30%: Revenue in Greater China fell YoY from $12.5B to $8.8B. Some reasons were the inroads made by locally made phones from OPPO and Huawei and the shutting down of iTunes and iBooks by the Chinese government.  On a positive note, Tim Cook on the call said India is growing at 50%, and sees it someday overtaking China.

4. Only Japan Grew on Yearly Basis: The latest version of the iPhone included features that have become standard in the Japanese mobile marketplace, such as dust and water resistance.  Another improvement was to finally offer Apple Pay to the Japanese market, which is ahead of the US in contactless payment methods.  And in doing so, they used Sony’s FeliCa technology – instead of their own – for iPhones sold in Japan.  This is a first for a company that usually ships the exact same product all over the world.  FeliCa powers electronic payments at a majority of Japan’s stores, taxis and transit system. 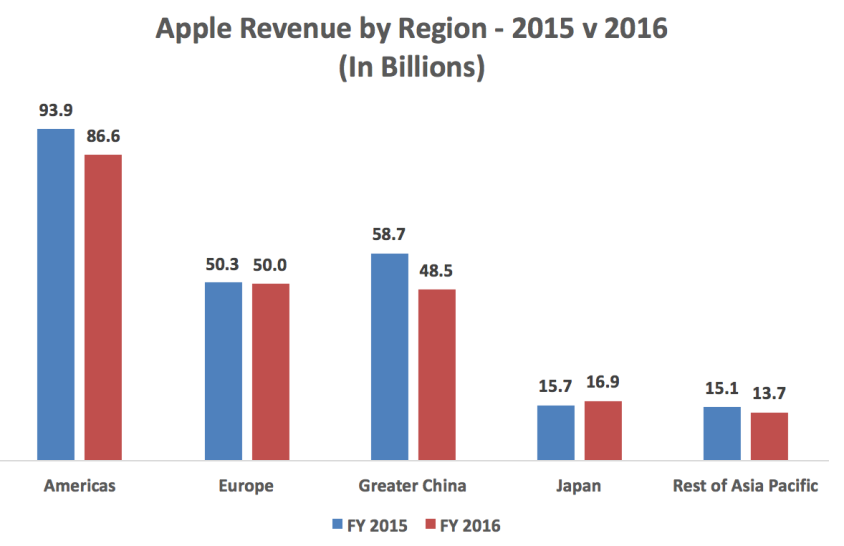 5. Unit Sales Down Across the Board: Sales of iPhones, iPads and Macs dropped YoY and from FY 2015 to FY 2016.  The Mac will likely get a boost when new versions are announced on October 27th.

Apple Services now represents 13% of total revenue, second only to the iPhone.

7. $237.6B in Cash: When pressed, Tim Cook said he is ‘open to acquisitions of any size’. With nearly $240B in the pocket, he could pretty much buy anything he wanted.  Just this past quarter Apple bought two machine learning companies in Turi and Tuplejump and a personal health data startup in Gliimpse.

8. Focus on Content: On the earnings call, Tim Cook said ‘it’s an area that we’re focused on.’  With the recent acquisition of Carpool Karaoke for Apple Music, it’s safe to say Apple is just getting started.